Few names hold as much esteem in the jazz world as Oliver Nelson. The musician and composer is best known for his 1961 album “The Blues and the Abstract Truth,” regarded as a highly influential jazz work.

A lesser-known but no less remarkable album is soon to be performed on Rowan’s campus in a concert titled “A Tribute to Oliver Nelson.”

Rowan’s Department of Music decided on social justice as the theme for this year’s concert series, so Nelson’s album “The Kennedy Dream” was chosen to round out the 48th Annual Rowan Jazz Festival.

Director of Jazz Studies and Composition, Denis DiBlasio, was tasked with putting this event together. Because of President John F. Kennedy’s involvement in civil rights and the optimistic mindset he inspired in the country as a whole, DiBlasio felt this album would fit nicely with the theme of social justice.

“You had a lot of artists and people who were [making art] about Kennedy,” he said. “I came across ‘The Kennedy Dream.’ I’d never heard of it, but I knew who Oliver Nelson was.”

The album features eight pieces, all beginning with recordings of Kennedy’s speeches as preludes. The speech excerpts are followed by music written by Nelson.

Since Nelson lived through a wealth of historic and artistic revolution, DiBlasio thought it would be necessary to share stories about the musician’s interesting life.

“I wound up calling his son who I met years and years ago when I was doing a jazz camp,” he said. “I called [Oliver Nelson, Jr.] up to get the information and we really started to talk, and he had all kinds of stories.”

Nelson, Jr., a flutist, offered to take part in the concert after speaking with DiBlasio. He will also tell stories about his father and his own experiences growing up in the jazz world.

“My main objective with my dad is to continue his legacy and keep his legacy alive,” Nelson, Jr. said. “He was so much bigger than one album.”

Another motivating factor for Nelson, Jr. in his work is to bring jazz music to African American youths.

Kennedy’s presidency inspired Oliver Nelson to make “The Kennedy Dream,” and this spark of inspiration that began decades ago will come together at Rowan for a night of famous Kennedy speeches and accompanying jazz music.

Rowan Provost Dr. James Newell will provide the narration for Kennedy’s speeches at the concert, which takes place on Friday, Feb. 16 in Pfleeger Concert Hall. 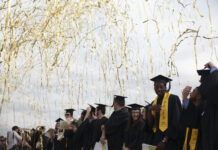 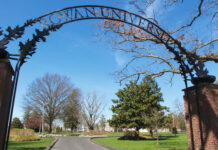 UPDATE: Rowan to proceed with cuts to 3/4 time faculty