The SGA has two vacancies on its executive board, the organization announced Monday.

The open positions includ the director of public relations and special events and the associated vice president of university advancement.

Associated Vice President of Governmental Relations Rachel Benassutti was tasked with making the news known at the meeting. Speaking to The Whit afterward, Bennassuti said that the qualifications for the positions were relatively simple.

“[Students] can go right to ProfLink under forms, AVP applications 2018,” Bennassuti said. “You need a minimum of 2.5 GPA to apply, as well as one service term so that a semester in any SGA chartered-organization. We want them to start asap so if they can contact me, that would be amazing.”

Applications for the positions are are open until Jan. 30, with the elections taking place at the following senate meeting on Feb. 5.

Associated Vice President of Student Affairs Mike Viola also reminded students in attendance that the housing fair will take place this upcoming Wednesday. Viola said that many different organizations would be at the fair.

“We bring in realtors throughout Glassboro who rent out their houses or apartments to students,” Viola said. “They show examples of leases, what to look out for when dealing with their lease because this is the first time that students will be signing a legal document that’s binding.”

Viola also added that several apartment complexes would be at the housing fair, as well as on-campus housing.

Other business taken care of at the meeting included passing a change to the bylaws dealing with the commission of elections and ratifying an amendment to Article III of the SGA constitution. There was also one club petitioning, the Cryptocurrency club. The group was in front of the Senate to begin the process of chartering. After questions from the senators in attendance, a vote was taken, allowing the club to move into the probationary period.

The next SGA Meeting will be on Monday, Feb. 5 at 7 p.m. in the Eynon Ballroom. 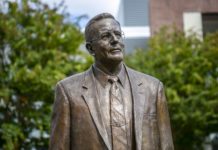 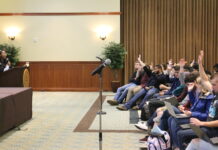