This is a weekly installment of Craig Murdoch’s column series, “Dazed and Crazed.”

In America especially, but also the rest of the world, we value freedom immensely. Or at least the idea of freedom. The world is so complicated that an easy concept like having freedom isn’t really that easy. We often look to outside forces as our oppressors; we think of the 1949 classic, 1984. An ultimately evil and corrupt government that is constantly trying to censor and hide the truth to keep the masses under their control, while everyone is under constant surveillance. While I agree with the message of the book and it is obviously possible for a government to be oppressive, and it is in many ways, there are always multiple ways of viewing something as complex as freedom. So, are we really free?

There are several ways to approach this. Most of us are slaves to something. Cigarettes, drugs, coffee, our phone, etc. You can’t really be free with an addiction, it confines you. Personally I’m addicted to soda. Some people would scoff at that, especially if they’ve been addicted to hardcore drugs, but in reality anything can be an addiction and most addictions aren’t healthy. If I were to go on vacation to some exotic, beautiful, relaxing paradise that didn’t have soda at all, and I didn’t bring any, I would not enjoy it.

It is so much easier to look toward an external force as our oppressor but we more rarely consider that our greatest enemy and oppressor is ourselves. There are of course external forces oppressing us but much more common are the ways we constrict and limit ourselves.

So do we value freedom as much as we say we do? That depends on what you mean by freedom. We don’t want anyone else to tell us what to do but we are often content with being led around by our addictions and doing or saying things we don’t mean because our emotions get the better of us. We value illusions. We like to think we are free individuals who can choose their own destiny and that may be true to an extent, but it isn’t as grand or glorious as it is made out to be. We are under the impression that we smoke cigarettes and drink soda because we choose to do so but we do not have total control of ourselves with so much working against us.

We like to pretend that if we keep letting the government into our lives a little bit at a time it’s making us safer and safer. But, it is only giving us the illusion that if the government has more control then they’ll be able to make things safer even though our rights have been slowly stripped of us over the last 20 years and the 10 worst mass shootings and terrorist attacks in United States history have happened in the past 10-20 years. And so we let our lives be controlled by Netflix, our cellphones, drugs, caffeine, food, the internet, etc. as we continue to believe we are free. That is the biggest lie we tell ourselves. 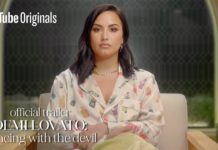 REVIEW: Demi Lovato Opens up About Traumatic Overdose in New Docu-series “Dancing With the Devil” 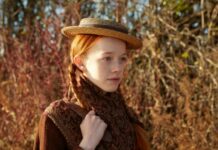 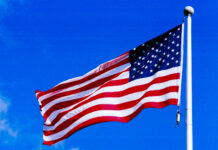 Yobb: Be proud to be an American