Democrat Phil Murphy was elected late at night this Tuesday, Nov. 7 as governor of New Jersey.

So, what does that mean for us, as New Jersey undergraduates and graduate students enrolled at one of the state’s public institutions?

According to Murphy’s website, he wants to “increase state aid to institutions of higher education, including community colleges, to lower tuitions and fees.”

Rowan has some great aid and affordable, in-state tuition, but some students who attend continue to struggle to make ends meet. The need for the campus SHOP is one such example.

Please, Murphy, hold true to this promise. Students are the future of this state. Making public education in New Jersey more affordable will also make it more enticing for the residents you now govern to stay in-state.

While this line on Murphy’s site is encouraging, “Provide loan forgiveness to STEM graduates working in STEM jobs in the state and create incentives for private sector employers to provide student loan relief as a core employee benefit,” it excludes the thousands of students who are not STEM majors.

Statistically, non STEM-major jobs make less than STEM majors do. So they’re the ones with heaping loans and a smaller salary. Murphy, that’s great, but don’t forget about them too.

This point is contingent upon Murphy actually succeeding in creating a state public bank. Ultimately, this goal is a great one.

However, according to a study by Rutgers University, the average student who graduated from Rowan in 2015 averaged $31,652 in student debt. That’s a serious chunk of change that could take years to pay off.

Murphy, a lot of people are hopeful your plight as governor will finally be a chance for New Jersey to catch up. Your campaign goals and what you stand for make sense for college students. But you also hail from central/northern Jersey, and many who are from South Jersey are less certain you’ll fight for the needs of the individuals who live here in the south.

Your election is a chance to prove us otherwise. Rally for South Jersey too. Listen to our needs. Really devote your time to the promises you’ve made to college students. 50 years down the road, we’ll be the main demographic of the state you hope to champion.

Please, don’t forget about us. 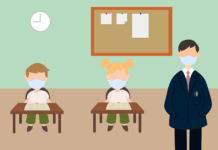 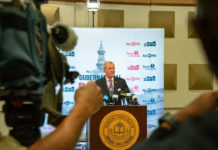 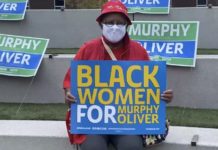