Rowan University students and people of all ages from the surrounding community were invited Thursday evening to observe the night sky at the Observatory Open House. The event was hosted by the Astronomy Club, and the crowd size was just right for the observation dome and platform.

While Shepherd does not conduct research into space like some of the other members of the club, to him observing the night sky is “peaceful.”

“it’s really nice being out at night seeing the stars.” Shepard said, “ I just find it fun.”

Shepard explained that the group tries to have open houses for the community every other Thursday, weather permitting. The last two, unfortunately, were canceled due to poor weather and cloudy skies making it difficult to observe the night sky.

Each person in the observatory dome was invited by Eddie Guerra, a faculty member of the physics and astronomy department and Dean’s Fellow for the School of Earth and Environment. He invited them to look through the giant telescope that pointed out to the night sky.

The telescope was a gift from Jean and Rick Edelman back in 2003 and is a part of the overall package of gifts and support the Edelmans have donated to Rowan’s science program throughout the years. It was included in the larger gift of the science building and Edelman planetarium.

“[The telescope] is part of their long track record of supporting this University,” Guerra said.

According to Guerra, people were observing a binary star named Albireo through a telescrope. Looking through the telescope many were able to see a small, slightly blue star and a larger, yellow star depending on personal color vision. According to Guerra, there are three factors that determine how bright a star will be. One is how far away the star is while the other factors include the star’s radius and temperature.

“The fact that the temperature determines the color is something that is kind of fantastic,” Guerra said. He continued to explain that the telescope makes it much easier to distinguish color and to even view stars as it is difficult to see with the naked eye.

“The telescope collects more light, and then my eye can start to see that difference in color,” Guerra said in reference to Albireo. “Until you have enough light you don’t see that color difference.”

A couple from Franklinville, N.J. was there experiencing the Observatory Open House for the first time. Jackie Morgan was scrolling through Facebook when she happened upon the invitation, she then told her husband, John Morgan, about it.

“The rings of Saturn are obviously very spectacular, it’s hard to beat that,” John Morgan said.

He also enjoyed looking and learning about Albireo in the observation dome.

“The planets are always fascinating, we didn’t see Jupiter, but Jupiter is pretty cool to look at when it is up and out,” Jackie Morgan said.

The couple will occasionally bring out their telescope when they are home to observe on their own. Jackie also enjoyed looking at the stars in general even with the lights.

“It’s very thoughtful of them to have the community outreach like this,” John said. “And we’re having a good time.”

The couple was, however, disappointed with how bright the sky was due to Rowan University’s light pollution. They both attended the university in the 70s.

“It was darker then,” Jackie said with a laugh and later joked that it used to be darker because the light bulb hadn’t been invented when they were at the university.

The next Observatory Open House will be held on Thursday, Nov. 2 on the fourth floor of the science building. 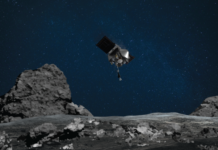 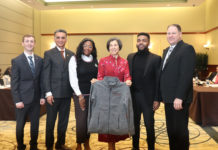