Imagine—getting to Rowan University in the morning after your commute, crawling through parking lot after parking lot when, at last, you find a spot. You park, grab your backpack and you’re on your way.

After an exhausting day of classes, you make it back to your car only to notice a little pink slip of paper placed between your windshield and wiper blade. You’ve been given a parking ticket.

The scenario is all too familiar to many on campus. In the 2016-2017 academic year, over 10,000 citations were issued, surpassing the previous year by over 2,000 instances of ticketing, according to Rowan University Department of Public Safety Parking Office.

While of course tickets are given out for numerous reasons, many at Rowan believe that the system for classifying tickets is deeply flawed.

Due to the cost of tickets, some students are financially forced to wait to buy a parking pass that has increased in price. Between the expense of buying books and other school supplies they now need to spend more money.

Senior history major Alex Dominy, was one student who had waited three weeks after classes began to purchase a commuter pass, though during the first week of school he was ticketed for parking in Lot B.

“Sometimes if you are a commuter and park in lot B you will be ticketed randomly, so I parked there hoping nothing would happen,” Dominy said. “Sometimes they ticket there and sometimes they don’t, I just happened to be there on a bad day.”

Dominy had recently paid for his ticket and bought a pass, although he was unhappy about the expenses.

“The ticket I got was $75, that’s like a month’s worth of gas for my car,” he said. “And commuter passes for the semester are $80 which is a little more than my ticket.”

Last year, the Rowan University Parking Office issued citations valuing more than $700,000. While recipients are able to appeal their ticket, fines range from $50 to $75, depending on whether or not the offender had a parking permit for the designated area. Due to the appeal process, just over half the total value of citations was able to be collected, according to the Department of Public Safety Parking Office.

Some students like senior political science major Sarahi Vera echoed Dominy’s argument that some tickets are unnecessary, even saying that she has been ticketed unfairly.

“The first ticket [I received] was because the [parking office] ticketed the wrong car,” Vera said. “They said I was parked in a reserved spot, but I wasn’t. The car next to me was.”

In another instance, Vera said she was ticketed even though she was following the rules. According to Vera, commuter students are allowed to park in employee parking lots after 4 p.m. Even so, she received a ticket for parking in the lot but was able to appeal it.

Other students have reported being fined $75 just for having the parking passes they paid for placed on the wrong sides of their cars.

To some, a $50-$75 fine may not seem like much, but that amount of money can make a huge difference to a college student.

Unpaid tickets can also be subject to late fees, according to Vera. Some may not pay fines in an act of defiance, but for others, it creates a financial burden. For students who receive a ticket and rely on financial aid to afford attending classes, this can be disastrous.

“A $75 ticket can easily become $150 if you go a certain amount of time without paying,” Vera said. “Then, [the university] can put a hold on your account which stops you from registering the next semester until all funds are paid in full. And you cannot use financial aid to pay for it.”

Commuter students at Rowan have seen drastic changes in lots designated for their use. One of just many changes, the top floor of the parking garage by the Townhouse dormitories used to be for commuters, but as of the summer of 2017, it has been changed to only accommodate “event parking.”

“To me it makes more sense if (parking services) would ticket people who live on campus and park in the wrong spots,” Dominy said. “I think it’s unfair to people who actually have to drive to school. I feel like we are being charged twice. Once for a parking pass and again for tickets.”

The Rowan University Budget Office couldn’t be reached for comment on the use of parking citation fees at press time.

Justin Decker contributed to this story. 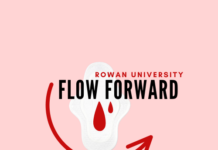