Buying back parking stickers, opening residential lots to commuters, allowing students to park in employee spots after hours… public safety is trying everything to alleviate the lack of parking at the expanding university. Having commuters park at off-campus lots and take the Rowan shuttle is one method that is not getting enough use.

The shuttles, owned by South Jersey Transportation Authority, have a three-year contract with the university, but if no one uses them, Rowan may not renew the contract. Should we start taking advantage of this neglected service and these vacant parking lots?

Nearly two miles away from the main campus, the South Jersey Technology Park is one of two lots that public safety is pushing for commuters to park at and take the shuttle from.

I arrived around 3 p.m. and parked in the front of the mostly vacant lot. I had class at 3:30 p.m. on High Street. The shuttle arrived at 3:09 p.m., just as the TransLoc Rider app predicted. The TransLoc Rider app shows estimated arrival times and a map on which users can track the location of their bus. The driver, Julia, said I was the first passenger she picked up from that stop.

It turned out this shuttle was the Camden-to-Glassboro campus shuttle, rather than an express shuttle that Rowan Announcer described. Its only stop on the main campus was by the Recreation Center. When I was dropped off at 3:22 p.m., I had to walk the rest of the way to High Street. I was about five minutes late to class.

I got a ride back to my car from a friend. Later I learned that the shuttle back can be caught at the Robinson/James Halls stop. Parking in this lot is viable only if you have a class on the main campus, and if you give yourself around a half hour extra between parking and class.

The first time I tried to park in the Ellis Street lot, I got lost. The TransLoc Rider app informed me that the lot was at the corner of Sewell Street and Ellis, down the road from the actual location. On Wednesday, I got off Route 55 at exit 48, just as the last public safety email advised. The lot was ahead on the left.

I arrived 20 minutes before the app said the bus was scheduled to arrive. I parked in the front of the almost vacant lot around 1:38 p.m. My class was at 2 p.m. in Wilson Hall.

Bulldozers and steamrollers were in action turning the still-wet asphalt into an actual parking lot. Upon my arrival, a construction worker shouted across the lot, “You gotta move your car!” They were not done paving; the workers all pointed me over to the side where about a half-dozen other cars were parked.

Waiting in the enclosed shuttle stop was Kristin Guglietti, a senior English major, who commutes from Mullica Hill. Guglietti normally parks in the lot behind Bunce, but today she decided to try Ellis Street because the Bunce lot was full. The shuttle was 10 minutes early.

“You two are the first riders I’ve picked up from this lot,” Bob, the bus driver, said as Guglietti and I boarded the air-conditioned bus.

When the weather was cold or rainy, however, Bob said he saw an increase in ridership.

The shuttle picked up two more students at Rowan Boulevard.

Route 322 was backed up from rush hour traffic, and Bob explained the schedule occasionally is off.

I got off at the stop outside the student center and walked to Wilson because sitting in traffic as the shuttle continued its course around the campus would have made me even more late. Somehow, I was only six minutes late.

Two shuttles travel in clockwise loops around the campus at a time. After my class ended at 3:15 p.m., I waited at the Robinson/James Hall stop.

On the TransLoc Rider app, the estimated arrival time fluctuated from 10 to 40 minutes, even though the bus icon was moving towards the stop. It took about 15 minutes to arrive.

When it did, the driver Dan explained he makes about 14 loops around the campus in a day, and picks up about four passengers a trip, more if the weather is inclement. However, according to Dan, more students are learning about the service by word-of-mouth.

It took almost 40 minutes to get back to Ellis from the time class ended, including the wait time.

My suggestion is, on days when you leave campus later than 7 p.m., park somewhere else.

That’s when the Ellis lot closes for the night, locking gates and holding cars still left there hostage until morning. Hopefully this changes, because expecting students to be finished with their on-campus obligations by 7 p.m. is unrealistic. Many classes and clubs go on until 9 p.m. or later.

If Rowan changes the current rules and allows the Ellis lot to stay open until 11 p.m. or later, I would park there and either ride my bike (which I keep on my car) or wait for the shuttle. I don’t need the stress of trying to hurry back to my car, or getting stuck at Rowan for the night.

It’s nice to know the internal shuttle is an option, especially for rainy and cold days. But a shuttle never came to High Street the afternoon I waited for it after class. According to Rowan’s website, a shuttle hits every stop two or three times an hour, from 7 a.m. to 1 a.m. Mondays through Fridays. However, the TransLoc Rider app said “No Prediction” for arrival time, so I set a notification to go off 10 minutes before it arrived. I finally got the notification at 9 p.m., about four hours later.

The TransLoc Rider app is necessary to use the internal shuttle. Unfortunately, the pins marking the locations of the stops are approximated, so finding the actual stops is challenging. Additionally, the fluctuating arrival times as well as ”No Prediction” makes planning difficult.

Because I have an internship that ends an hour before my first class starts, I can’t use the shuttle and get to class on time this semester. If a commuter has at least 30 minutes from parking until class, and the route to their class does not in anyway involve traveling down 322, then using these off-campus lots makes sense.

If the shuttle travelled down Whitney instead of 322, it wouldn’t be so late and unpredictable. Passengers who would normally get off on 322 could get off at Robinson/James stop and walk because it isn’t that far.

If you are mindful of time, you should take advantage of the shuttles, SJ Tech Park lot and Ellis Street lot, even if they’re imperfect. 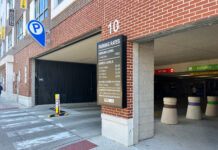 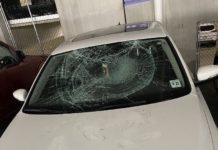 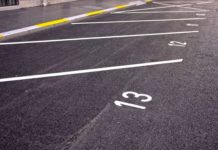