While everyone was away for an abnormally warm winter break, the Rowan University Foundation purchased a $925,000 home and property for Rowan University President Ali Houshmand. NJ.com has dubbed the home as “swanky,” and whether the headline was posted with the intention of sarcasm, social media has responded with disdain and sneering comments, from the… colorful… and… posh interior decor, to the questionable ethics of purchasing such a mansion. But is this the best way the foundation can use its resources?

The Rowan University Foundation functions as an organization that oversees university advancement in the form of “management and investment of all charitable contributions that benefit the university.” The foundation functions in tandem with Development, Alumni Engagement and Advancement Services as part of the Division of University Advancement. The foundation functions to gather donations to aid students in the form of scholarships, invest in charities and research and in sponsoring research and industry projects that stand to benefit the communities they are created in.

As most may know, the president of many four-year institutions is housed by the university he or she serves. For Rowan, Hollybush Mansion served as the home of every university president in Rowan’s history. The structural integrity of the building over the past three decades forced Rowan’s presidents to reside in another site for housing, as the building is a historic relic and is preserved as close to its original condition as possible.

The article states that while the living space was comfortable for the president, it presented problems regarding guest parking for events hosted by Houshmand, on behalf of the university. In the words of Vice President of University Relations Joe Cardona, the home was “not meeting the needs of the president.” Those needs being the ability to hold larger parties or dinner engagements for donors, friends and employees.

Reactions to this move on behalf of the foundation have drawn commentary from all on social media. This week’s issue of The Whit features a comic addressing the purchase. While the university is responsible for housing its president, we are free to question the manner in which our president is housed.

Now, whether or not Houshmand deserves the home for his services to the university is irrelevant. Since becoming president of the university, Houshmand has made it a point to not raise the price of tuition past the cost of inflation. He has stuck to his promise. He has gathered the needed support from both state and industry leaders in building a bigger, better Rowan, making the school the second institution in the nation with two medical degree programs. Recent endeavors by Houshmand’s administration have been working to get students their degrees faster at a discounted price. Houshmand’s commitment to the university is not in question.

While being a university president comes with the perk of free housing, that housing should be sustainable and beneficial to the university, and its students. If almost one million dollars is available to spend, shouldn’t it be spent on the greatest cause? If the foundation is in the business of philanthropy, wouldn’t the greatest impact of one million dollars be reserved for the students?

No one is questioning the president’s deserving of a home; however, there are cheaper homes in the area that could suffice for President Houshmand and his family, that do not have parking restraints, that are lavish enough, but don’t break the bank. Sure, maybe they aren’t big enough to host the next big party, but with so much being invested on Rowan’s campus in the form of a business building, an engineering building, Rowan Boulevard, the School of Osteopathic Medicine and Rowan Camden, shouldn’t any party for donors, employees and friends be at the university’s facilities? As a public institution, shouldn’t these parties be held in the public eye, rather than at the home?

The Rowan Foundation has a track record for philanthropy, but when the opportunity arises to expand the measure of philanthropy, shouldn’t it take it? There are plenty of homes in the area that can suit our president well, while also using the money to benefit students. In an age in which our president is trying to help our students at every level possible, shouldn’t the foundation also follow suit? 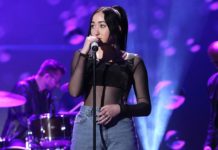 Noah Cyrus to Perform at Hollybash 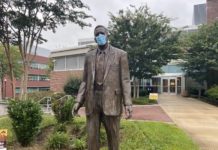 COVID-19 Protocols are being Changed Across Campus